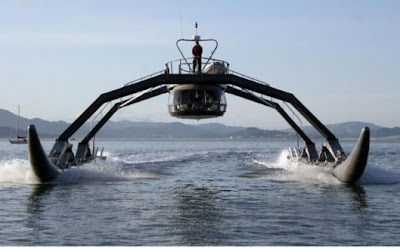 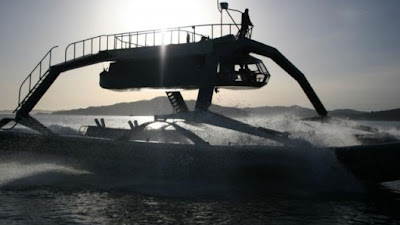 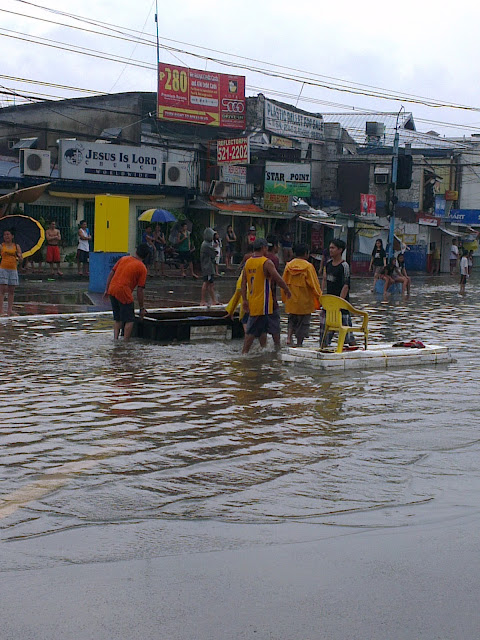 Picture taken by Samsung Note II on 19 Aug 2013 Manial
Wam-X spider boat Proteus a new Concept for sea craft
This is an extreme experimental boat that had been seen in U.S. waters and at that time, little was known about the amazing spider-like water craft.

Now we can lift the lid on the machine, based on an original concept by Ugo Conti of Marine Advanced Research. The appropriately named Proteus (Proteus was an early sea-god capable of changing shape and assuming many forms) is the first of a new class of watercraft based on a patented technology that delivers a radically different seagoing experience.

Wave Adaptive Modular Vessels (WAM-V) are ultralight flexible catamarans modularly designed to allow for a variety of applications and to fit the requirements of specific users, missions or projects.

Unlike conventional boats that force the water to conform to the their hulls, the WAM-V adjusts to the surface of the sea, with the superstructure flexibly connected to specially designed pontoons by several components that actually move in relation to one another.

Whereas on the other hand, I saw that there are smart guy that they can use the lowest cost of material to build this Inland Flood water transporter that actually carry passenger across the "River!"

The beauty of this craft is, Human Power, super light weight about 10 Kgs, Zero emission, and anytime we can dismantle them and wait for next occassion to use it.

Manila Snob
Posted by HK Snob at 2:30 AM

Email ThisBlogThis!Share to TwitterShare to FacebookShare to Pinterest
Labels: WAM-X

HK Snob
FAIR USE NOTICE: This blog may contain copyrighted (©) material that has not always been specifically authorized by the copyright owner. Such material is made available to advance understanding of ecological, political, human rights, economic, democracy, scientific, moral, ethical, and social justice issues, etc. It is believed that this constitutes a 'fair use' of any such copyrighted material as provided for in section 107 of the US Copyright Law. In accordance with Title 17 U.S.C. Section 107, this material is distributed without any profit to those who have expressed a prior general interest in receiving similar information for research and educational purposes.